This book was one of several I bought in what I now admit to being a binge on Amazon. I bought it because I liked the cover and the title sounded interesting. Plus, I had never heard of it and thought it might be worth a go. How naive I was. 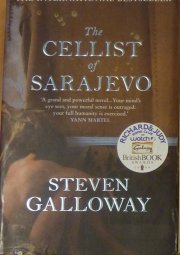 Firstly, when it arrived, it had a Richard and Judy/Galaxy chocolate Book Club logo on the front. Not just a sticker, a logo, one which could not be peeled off and thrown away, but one which would paint me as someone who is tolerant of R & J’s “book club” to my fellow commuters. I was outraged (some of you may have seen my very annoyed tweets about this) and decided I could only read it in public if it was cover-down on my lap. Now, I’m all for book clubs and the promotion of literacy and reading actual books, but Richard & Judy’s book club is, well… offensive. The website features ‘Current Reads’ on the homepage, none of which are particularly bad books, and they do state that their aim is to get more people reading. This is all great, but it is the fact that the weakly smiling faces of Richard and Judy frankly lower the tone of the book club, creating a nice, boring , not-very-clever, loved-them-on-This-Morning sort of image that should not be used to promote literature. If you have read about it or seen either them of them talking about the book club on TV, you will have some idea of what I’m talking about. The website also includes Richard’s blog, featuring his and Judy’s exploits in the world of people who used to be famous. Fascinating. And relevant!  This is where I really start to get annoyed. This book club malarkey is not intended to promote the writers (ok yes they want to get more people reading but so does everyone – Dave bloody Spikey presents The TV Book Club on More4 for goodness sake) but really, really, the whole thing is just another way for Richard and Judy to promote themselves. And that’s it. It is their intentions that are the problem. They want to get more people reading so that they can be seen to have got more people reading. It is patronising and insincere and is essentially part of the worryingly prevalent anti-intellectualism we seem to be experiencing the UK and US.

Rant over. Now to the book!

The Cellist of Sarajevo is pretty does-what-it-says-on-the-tin stuff; but what isn’t? I reckoned there would be something really good inside, something heartbreaking and utterly true about war and the beauty we find in art and music. This is there, to some degree, mostly in the descriptions of people listening to the music of the cellist; but in essence this is a very simple book. It is the story – or rather stories – of three people living in Sarajevo during the siege of 1992 – 1996. Dragan is trying to get to the bakery where he works, in order to have enough food to eat; Kenan is carrying water bottles on his way to the brewery to collect water for his family and their terse neighbour Mrs Ristovski; and Arrow is a counter-sniper, shooting down the ‘men on the hills’ that are terrorising the city, and wondering whether her dead father would be proud of her. Of the three, hers is the most interesting story. It is the only one that lasts for more than a day and is not a ‘snapshot’ of a day in the life. After excelling at target practice she was recruited by the ramshackle opposition, composed of soldiers and brave civilians. She seems to have her own special arrangement with the army sergeant she reports to, allowing her to work alone and not have to disclose her locations or targets. The uncertain nature of her connection to the army inevitably means that she becomes a target for less than noble members of the ‘opposition’. The conclusion of her story is not surprising, but is the only one of the three that attempts to proffer any sort of meaning or reason for inquiry from the reader. 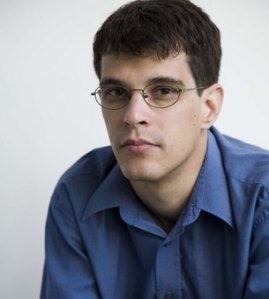 The stories of Kenan and Dragan are, while tragic, stories that we have heard before. There are moments of great imagery and tension, but if you have ever read an account of life in a warzone – in fiction or even the news – you will have heard this all before. To write a novel about a war that has already been documented and written about to such an extent as that of Sarajevo, one must have something new to say, or at least a new way of saying what has already been said. Galloway has none of this. He seems to simply enjoy writing about life in the besieged city, making the novel rather self indulgent. There were several moments during my reading that it felt as if I were reading a bad novelisation of an average action film, possibly starring Angelina Jolie. It was that bad. If you like reading about battle zones for the sake of it or are for some reason already a fan of Galloway, then by all means, read this book. Otherwise – i.e. if you care about good literature and hate Richard & Judy – stay well away. It may have received glowing reviews from respected writers (which are all over the cover) but I just don’t think it is worthy of them.

The Cellist of Sarajevo was published in the UK by Atlantic Books in 2008.

4 thoughts on “‘The Cellist of Sarajevo’, Steven Galloway”

Just started re-reading My Cousin Rachel after not fancying any of my recently bought books. I haven’t read that many du Mauriers but I’ve loved every single one. Luckily I read this years ago and have forgotten a lot of detail so it’s wonderful to read it again! #daphnedumaurier #mycousinrachel #rereading
Time for some Nora while the baby naps! 💙 #noraephron [EDIT: finished this last night and it made me cry twice!]
Despite the presence of the small child, I have not only managed to read a book but I have reviewed it! Up now on theselittlewords.com. Nora Ephron is WONDERFUL 🌼🌸🌼 #bookreview #nonfiction #noraephron
First review of 2020 is up! I loved the #Witcher Netflix series so I decided to read the first book, The Last Wish by Andrzej Sapkowski. Review up now on theselittlewords.com 🐺🏹 @gollancz @orbitbooks #thelastwish #andrzejsapkowski #bookreview #fantasybooks