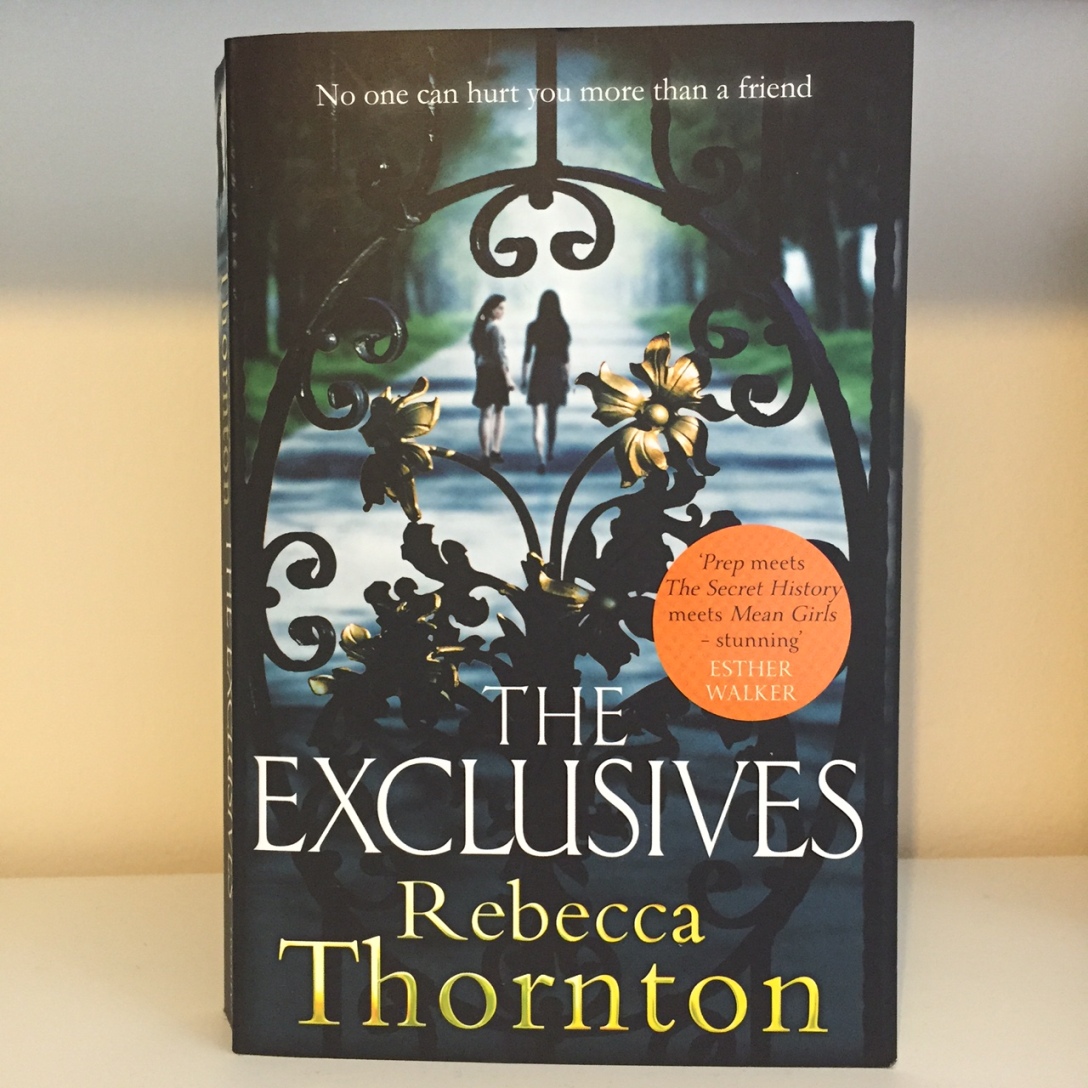 I took a risk with this book – it was a review copy (something I am accepting less and less these days), and I wasn’t sure what to expect. I knew there was a boarding school, and the lasting effects of female friendship, but that was it. 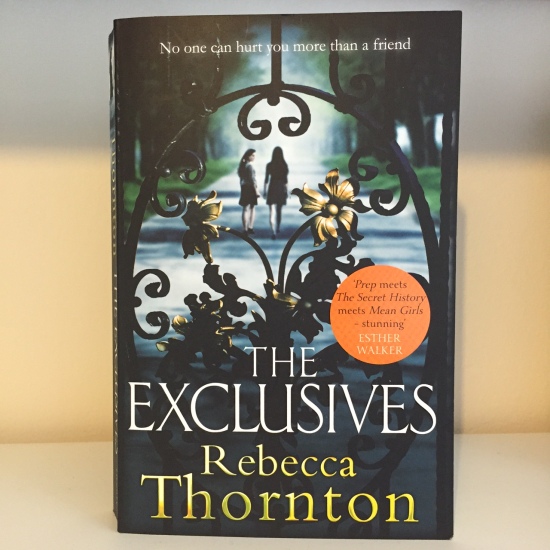 The Exclusives is the story of Josephine and Freya. They are best friends at school until a drunken, drug-fuelled night out shatters their security and they start to drift apart. Josephine is our narrator, and she wants to make sure Freya doesn’t tell anyone they took drugs because she has just been made Head Girl and they are both applying to Oxford; but Freya’s behaviour becomes increasingly strange, and Josephine gets more and more worried…

Suffice to say there might be more going on here than Josephine thinks. The novel switches between the girls’ time at boarding school in 1996, and Josephine’s life in 2014, when Freya contacts her out of the blue. The two timelines featuring a lot of the same characters could be jarring, but here it works very well; we are reminded that the past is always present. It also means that you don’t forget anything important from 1996 that might be relevant in 2014.

Josephine is very likeable, though she is flawed; it feels like she could be someone in real life. Her narration is easy-going and concise at the same time, and Thornton is careful not to reveal too much too soon – the story is unfolded slowly before you, with a little more being revealed in each chapter. The result is a cumulative effect that not only builds drama but also keeps the reader’s interest. I liked the pace and style as well – it is easy to read but still quite ‘literary’, and whilst being a sort of thriller is not at all sensationalist or over-the-top.

Thornton is also excellent at depicting the minutiae of female friendship, especially between teenagers. There is a lot competition and insecurity under the surface, and emotions run high. The claustrophobic atmosphere of the boarding school, and the pressure put on the girls to succeed, only exacerbates this. I didn’t go to boarding school, but I did go to a private all-girls school, and I recognised the competition, the pressure, the insular environment. I also recognised, at several heart-stopping moments, the ways in which teenage girls can be crueler to each other than anyone else.

Lastly I must mention the interesting and sympathetic handling of mental health in this novel. Josephine’s mother has been ill for most of her life, and the ways in which this affects Josephine and her father are lucidly, though sensitively, portrayed. Josephine fears she will become ill too, and this also is dealt with very well. Mental illness is not stigmatised or made to seem like a failure; it is a real problem that affects both the sufferer and everyone around them, and Thornton handles it very well.

There is an awful lot going on in The Exclusives, but really this doesn’t matter because you don’t get lost or confused. Thornton’s storytelling is careful and lucid, and as I said the whole thing is structured in such a way that you are both engaged and enthralled, waiting to see what comes next.

I’m glad I took a risk with The Exclusives – it was worth it.

Published by Twenty7 Books in April 2016. My copy was kindly provided by the publisher for review.

Buy your copy here from Foyles.

Rebecca Thornton wrote about becoming a writer here; and about setting her novel in a boarding school here.

2 thoughts on “The Exclusives by Rebecca Thornton”