Sarah Waters’ new novel, The Paying Guests, came out last week on 28th August, and of course it was amazing. I was very lucky to be sent an early copy, and also that I managed to nab a ticket to the event held last night (2nd Sept) in Oxford. Sarah Waters was in conversation with Viv Groskop at The Divinity School in the Bodleian Library. I saw Donna Tartt there in October (how could I ever forget THAT?) and it is such a lovely venue. It is not only beautiful, but atmospheric and really cool, being the first teaching room ever built at the University of Oxford (in the 1400s!). It looks like this:

And the event itself was just as lovely. I made notes like a nerd, and I’m actually glad I did as it’s helped me to remember all the things Sarah talked about. It was rather a lot really, and I can’t talk about it all here, but I will mention some of the absolute best things. Yes, in bullet points.

I could waffle for hours about how brilliant Sarah Waters is. She is one of the most perceptive and intelligent writers I know, and is very down to earth and likeable. I could have listened to her for a lot longer. 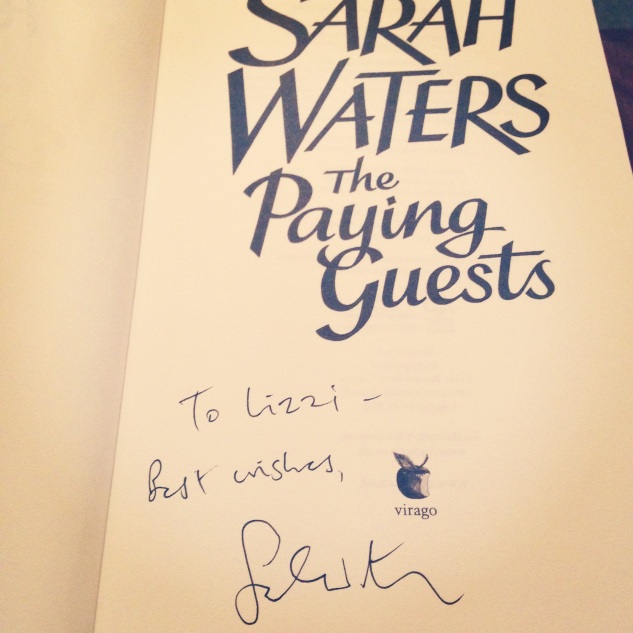 A huge thank you to Blackwell’s and Virago, as well as Sarah Waters and Viv Groskop, for such a fantastic evening.

6 thoughts on “An Evening with Sarah Waters at the Bodleian”