Fiction Uncovered are hard to pinpoint at first. I use/view their site as a news source, a book review site and a blog. They describe themselves as:

Fiction Uncovered is a promotion which celebrates our best British fiction writers. The promotion is supported by Arts Council England and funded by the National Lottery.  In 2012, retailers including Waterstone’s, Foyles, iBookstore, Amazon and The Book Depository will support the promotion. We also work in partnership with The Reading Agency to reach libraries and reading groups, and with Lovereading UK to reach dedicated readers. You can see a full list of the Fiction Uncovered partners here.

Now in its second year, the 2012 list of eight British authors has some truly great stuff on it, one of which is This is Life by Dan Rhodes, which was reviewed on the blog earlier this year. See the review here. 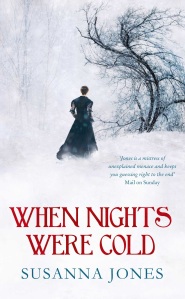 Personally, I love promotions like this. Fiction Uncovered do not present an award, and they are not telling you that YOU MUST READ THIS OR EVERYONE WILL THINK YOU’RE UNCOOL, they are simply helping to promote some genuinely good British writing. It is also fantastic that they work with the Arts Council England, a credible and highly respected organisation that reminds us that writing is an art form and should be paid attention to, and, frankly, yes, revered. Richard & Judy’s Book Club, this ain’t.

I am also thoroughly pleased by the retailers’ involvement. Physical book sales are suffering, and shops like Foyles and Waterstones may be big brands but they are championing the printed word in a sea of ebooks. Yes, they promote ebooks too (see Waterstone’s recent Kindle deal with Amazon) but they have not simply given up and conceded defeat to the digitalisation of information. I personally do not own an ereader, and though I do not object to them per se, I think it is vitally important to maintain the industry of printed books. Obviously. Printing is only a cornerstone of modern civilisation for goodness’ sake.

While not all the books on the Fiction Uncovered 2012 list grab me immediately, I like that they are varied – something for everyone and all that. When Nights Were Cold by Susanna Jones particularly appeals, as does Lucky Bunny by Jill Dawson. I have put them on my To Be Read list and hopefully will get around to reviewing them soon…

The variety of the list is important. It means that different types of readers are included, but it’s lack of in-your-face promotion means that the recommendations are not patronising, nor do they claim to be the be-all-and-end-all of good fiction in 2012. There are probably loads of other good fiction books out this year, this is just a selection.

Which books on the list appeal to you? Find out more about them here and let me know!